“Activations” to get people together take a lead role at Moxy dc by marriott. bocce, drag brunches, tattoos and more?

From the Washingtonian – by Marisa M Kashino 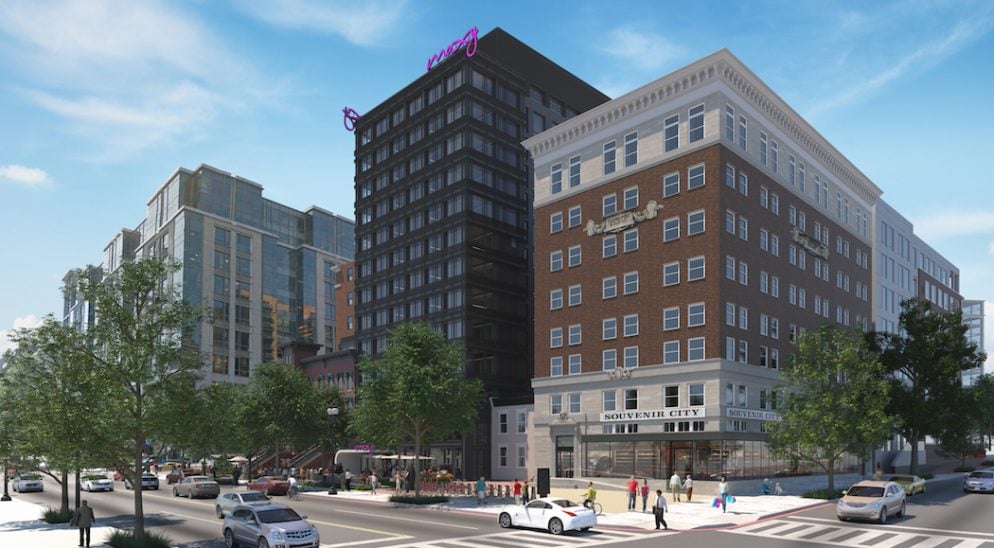 Its Washington debut follows several other recent hotel openings aimed at hip, young professionals. Eaton DC—the resistance-themed property down the street at 12th and K—opened this summer. The Line arrived last year, as did Pod DC. Still more are on the way in the months ahead: Navy Yard is getting a Thompson hotel—a trendy boutique with outposts in places like Seattle and Nashville. And Richard Branson is bringing a Virgin hotel to Union Market.

But the team behind the Moxy promises their property will stand apart from the rest, in large part with “activations”—their word for games and pop-up events designed to engage guests and encourage them to interact with each other—for instance, a bocce ball court in front of the hotel’s entrance on K Street. Pop-ups already planned once the hotel opens include a partnership with tattoo artists, in which they’ll set up shop to ink guests on premises. A fitness bootcamp hosted by the DC Rollergirls, and drag-queen bingo are on the agenda, too.

There will not be a check-in desk at the Moxy; rather guests will check-in at the lobby bar, where they’ll get a free welcome cocktail. The top-floor restaurant and bar will feature a retractable glass rooftop, though that space isn’t scheduled to open until spring 2019. Baltimore’s Atlas Restaurant Group will run it.

The Moxy’s 200 guest rooms are divided between a historic 1870 brick building, and a newly constructed, modern building clad in black steel. Its interiors will skew industrial, with polished concrete floors, reclaimed wood paneling, and glass garage doors that open up the lobby to K Street. Here’s a look at what’s to come.